Phoebe Green is at home in her apartment in Manchester, and it turns out she lives right around the corner of the last club I’ve been out dancing, before the global pandemic hit us all. Being based in Manchester as a musician is a thing of its own, as the industry is always looking out for someone to label „Manchester’s Next Big Thing“. Even tho labels like that can be a bit rubbish, there are some things indicating that those who try to push this one on Phoebe Green, might not really be wrong.

Phoebe Green is 23 years old and already self-released an album back then when she was 18. She now has a contract with the British label Chess Club Records, which has a huge reputation as an important tastemaker. With her two latest singles „Reinvent“ and „IDK“ she especially proved that she has a hand for powerful, catchy songwriting and, with the help of her band, is right in the midst of developing a very distinctive sound. She has a lot of clever, interesting thoughts on what it means to be a young woman in the business and what it means to create a career more or less from scratch, in a time when playing one show after the other to build an audience simply isn’t possible. Also – what can go wrong with a young woman who bursts into joyful laughter all the time and casually matches the color of her headphones with her hair?

Tell me, how have you been coping with this whole last year? You’re in the midst of starting a career.

It is tough. I think I’ve been quite lucky, because I was struggling to find the time to actually just work. After all this free time, I got no excuse to not work (laughs). I kind of have to.

But is it really easier? I feel like it can be even harder to work when you have all the time in the world.

Yeah. No, I know what you mean. Obviously there aren’t as many things to influence anything. There’s not so much to write about, at all. But then I think it makes you look inwards (laughs). Which isn’t very nice, but it has to happen.

But I mean, making music is something that involves a lot of dealing with yourself, doesn’t it? It must be such an experience, starting with it as young as you did.

And how do you feel today towards these songs you wrote when you were 18?

Honestly, I hate them (laughs). I hate them! I will listen to them now like: what was I thinking? What even is that? There are a couple where I think nah, they are pretty good. But the rest of them… I would be fine if I never had to hear them again.

But are these songs that are out there? Did you release them?

Yeah! I self released an album when I was 18. That was the thing that got me a bit of attention. People still… someone got a tattoo of that album cover! And sent it to me a few months ago. I was like: oh my God, stop listening to that album! (laughs) But it’s so amazing! People still love it. Even if I moved on it doesn’t mean anyone else has to.

You obviously created something people can get attached to! That is the definition of art.

But I feel you. I would be so embarrassed if there was anything out there I had created when I was 18.

It’s so funny how you change so quickly and don’t even realize how much you’ve changed, until you listen to the perspective you had back then. It’s crazy. But so interesting tho.

But what has changed with you over the past couple of years? Tell me about your shift in perspective.

Yeah. I mean, obviously experiences are different when you get older. The things you draw inspiration from completely change. I just think my style has got a lot more refined. When I was younger I was just kind of trying to imitate my favorite bands or what was cool at the time, because I did not really know what I wanted to sound like. Now I’m so sure! I know exactly what I want to sound like. It’s such a relief that I finally got to a place where I’m happy with my own unique sound.

I find it really impressive that you managed to get there, especially during the last year. I mean, so much of our normal life has been taken away from us through the pandemic. And I feel like you young folks are so much more affected by it. It’s a time you will never get back.

Yeah, I get what you mean. I have to say, I feel sorry  for people that are a bit younger than me. Because they don’t know what they are missing out on. You know, we can obviously be like: ahh, I can’t wait for things to go back to normal. But they didn’t have the normal to begin with. They might just have turned 18, so they can only start going out and discovering what they are enjoying and meeting new people. Or people that have just gone to university. They aren’t getting that experience at all! The chance to develop as people. That is so sad! My favorite thing is human connection. Everything I write about, everything I care about, my need is to connect with people constantly. Now that things are starting to get back to normal, I’ve seen all my friends, and I’m so much happier. I didn’t realize how down I was until I saw all my friends again. You don’t realize how much we’ve taken for granted in that sense.

Talking about getting back to normal – when is your first show going to be after this whole thing?

My first show is supposed to be like next month? I don’t know if it’s going to be fine. I really hope so. I’ve never done a festival season, so this will be my first.

You start out right with the festival season? No small warm up gig before that?

Is there anything you feel you wouldn’t have done if it weren’t for the last year? Something you are happy about now?

Oh, so many things! I think during this time I changed completely. I’m a completely different person. I don’t think I have ever long and hard thought about what I want from my life, as much as I have in this time. The self development that has gone on has been crazy. Crazy! I’ve never worked on myself properly. And I didn’t realize how much I needed it. I don’t think I would have changed at all, had it not been for all this. I’ve been lucky.

And also creatively? Did it open up new perspectives for you?

Definitely. It made me question myself more. It gave me more space to be creative. Because we’re doing everything remotely, it gives you a lot more freedom to explore different sounds. There’s no one breathing over your shoulder, watching what you’re doing or putting their input when it’s not wanted (laughs). You can just do what you want. So I record a demo and then we pass it around the band, like send it to each member. And everyone can be completely free with what they want to try. They can try lots of different things. It’s been pretty good for me, to be honest.

That’s a cool way of working.

I don’t want it to change! Any of my band do. There’s me, and the rest of my band are all really introvert. We definitely prefer working remotely. It allows everyone to really, really refine what they want the sound to be. And it’s so much cheaper as well (laughs). Instead of spending money on a studio. I think this whole thing made us open to different ways of connecting with people. I hope people are still as bothered about connecting with people after this. Because before, I feel like we took our ability to speak to each other all the time, we just took it for granted. But now we are craving it so much that we make the extra effort to check in on people and stuff.

And who’s the one who’s got the final say, after all the passing around?

I mean, we work with producers, so they help us refine everything and make it sound amazing. At the end of the day I’m the one who’s like: I don’t like that. Do this! Do this! (laughs) It definitely makes me feel more in control of the situation. I can be really objective about it. Because I don’t have to listen what everyone’s doing in front of them. So if my guitarist has just recorded a part that I hate, it’s so much easier for me to be like: sorry mate, can we try that again? (laughs)

How long have you been living in Manchester? Or did you grow up there?

I grew up like an hour away, by the sea. It’s a small town. I’ve lived here for like five years. I feel like when you’ve grown up by the sea, you’re really drawn to it all the time. If you go to a seaside place, you just feel connected.

Does that influence you as an artist, coming from a small town?

Definitely. I think when you asked before what has changed from my early stuff to now, a lot of it is because the first album I wrote when I was that young, mostly came from feeling isolated. Like really restless in that small place. I prefer to be in big places with lots of people. That has definitely influenced me a lot, the space I have now. It’s so suffocating, growing up in a really small place, where not many people understand you at all.

It totally makes sense. I’ve been thinking about how in „Reinvent“ you talk about people judging you in conversations. I feel like this is so much harsher in small places.

Definitely. They think they know everything. They just don’t (laughs). And they never change! I feel like anyone that stays there just doesn’t change. And it’s so funny, whenever I go home, people will just stare at me. They are not used to seeing colored hair or no eyebrows. They literally look at me like: who the hell is that…

Oh, God, yeah! And then when you are a female musician, I feel like you always have to prove a point. That you are more than what people expect. With bands that are only men, they can afford to be really average and no one’s going to question their ability. No one’s going to undermine them or be patronizing in any way. But with girls, you have to be extra, extra special in order to be taken seriously.

To wrap this up, do you have a big wish for the future?

Ohhh. Okay, I need to phrase this really well. I wish that female, non binary musicians would always be valued for their art before what they look like or dress or how they present whatever. I wish the music was the primary thing for people to judge them on, rather than gender or whatever.

I love that you picked something so universal and not just something for yourself.

No, I just want to be taken seriously! (laughs) I have such a problem with deciding how I want to dress for a show. Maybe I would feel empowered if I dressed really feminine. But would I be respected the same? If only that was something men had to think about! 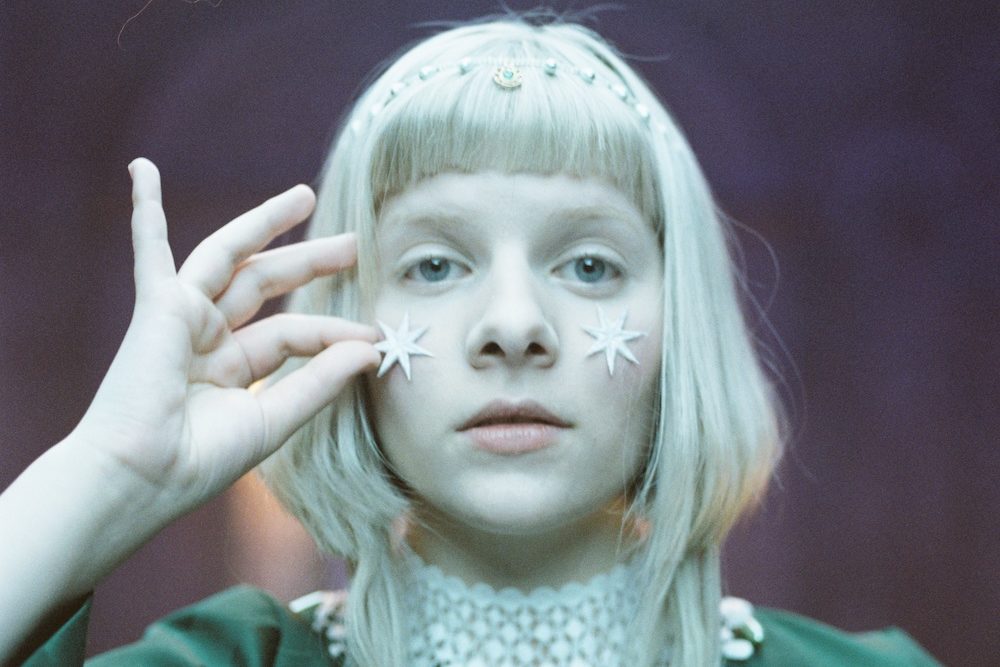 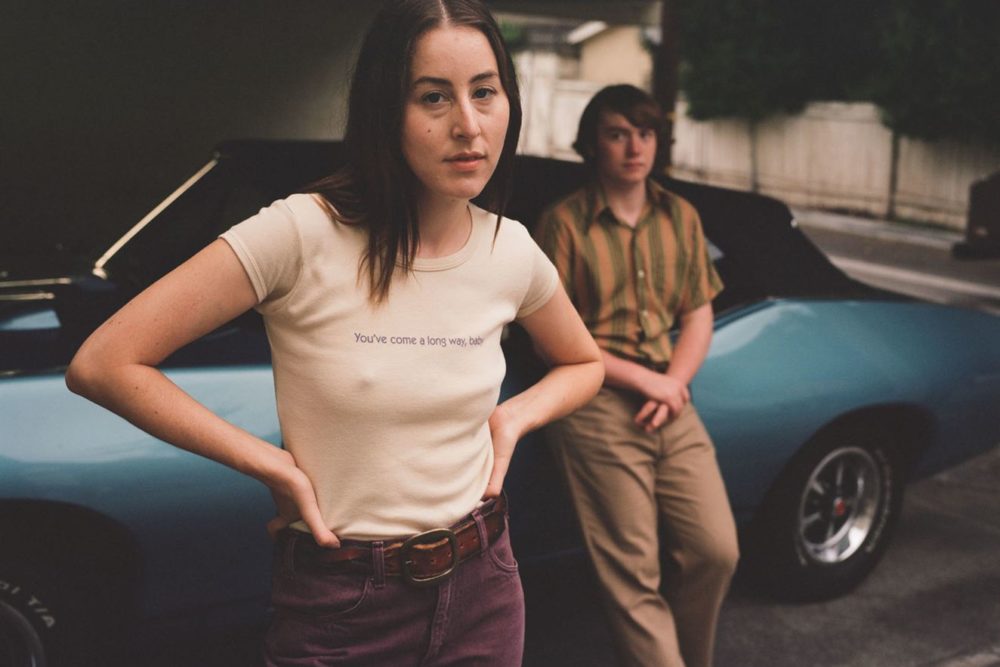 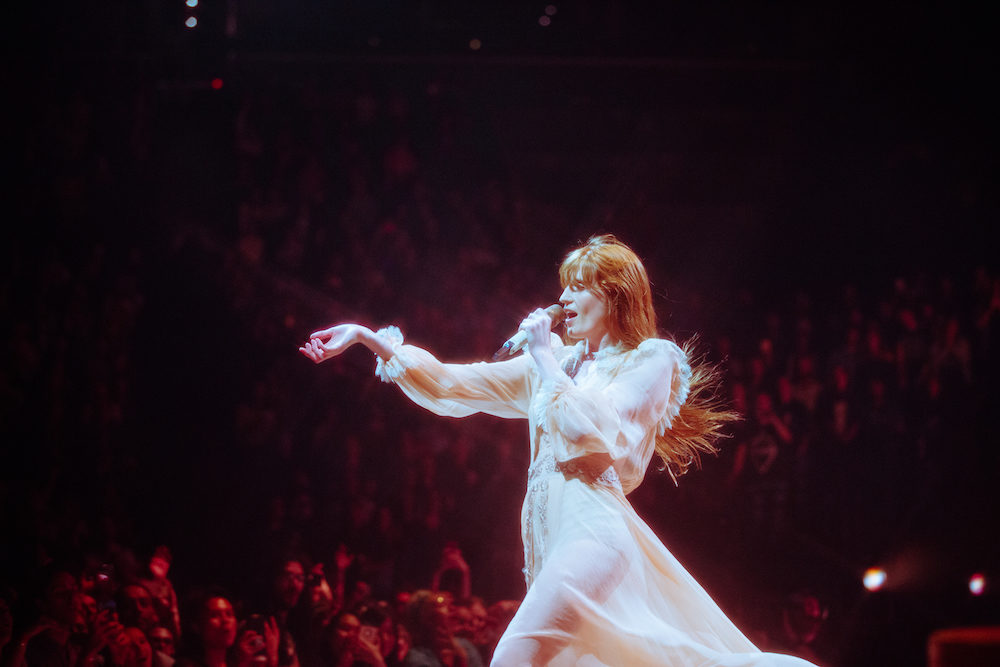