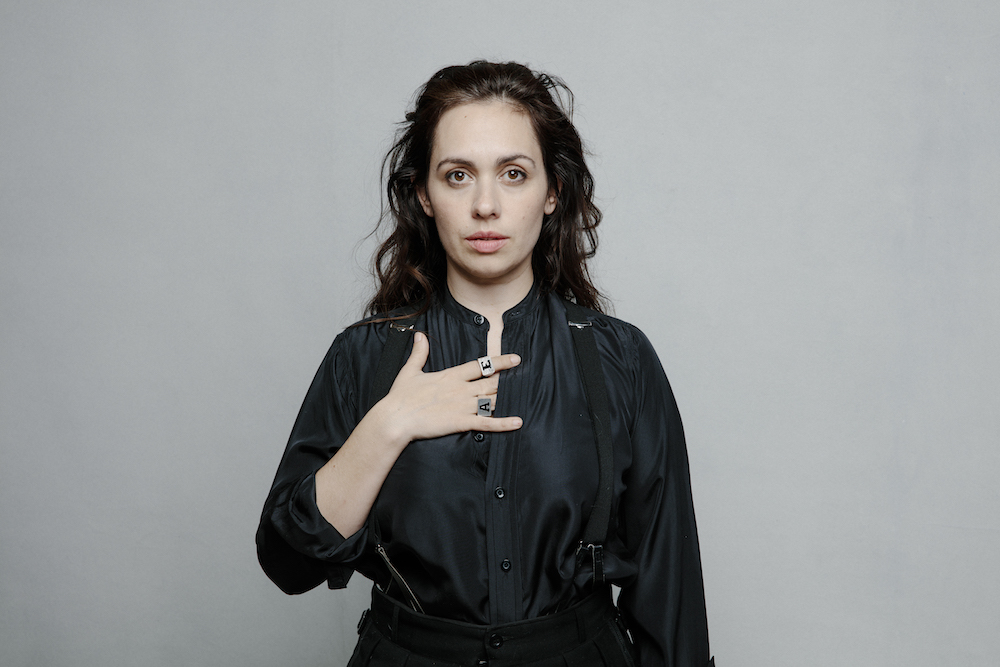 It’s past 11 pm, but Ariel Engle still wants to talk, even though she lost her voice the week before and it’s bus call in less than an hour. We are sitting backstage in a club in Birmingham, UK, where Broken Social Scene just played one of their six European shows this summer. Ariel has been a loose part of the Canadian Indie Rock Collective for years, her husband Andrew Whiteman being with the band since their early years. Since the band’s 2017 album „Hug of Thunder“, on which she contributes a big part of the female lead vocals, she has become a permanent member of the band. „I really wanted to be part of Broken Social Scene. I’d been there on and off for years as an occasional singer, but more as Andrew’s singing wife than as ‚me‘,“ Ariel tells me. Immediately after, Broken Social Scene member Charles Spearin, adds that: „We so wanted her to sing with us. We recorded her and we said: we know Andrew is in the band and you are married to him, but we want you to be in our band, too!“

It is an undeniable fact that Ariel fits in with the band so well. Her voice has exactly the warmth and power that the songs need, even (and sometimes especially) the songs that originally weren’t recorded with her. There are indeed some big shoes to fill here. After all, Feist, Emily Haines and Amy Millan number among the women that are a part of the collective and have given their voices to some of the biggest songs of the band. In this matter, Ariel comes across strong, yet at the same time, full of love. I tell her how much I admire her way of making these songs her own. „This band has incredible women who have come and gone and will come again over the years,“ she explains. „They have iconic songs that audiences want to hear. I am not Emily, Amy or Feist, so I don’t try to ape them. But I try my best to give everything I have, so that the people will get the feeling they are looking for. We are all looking for release. The audience cannot let go if you on stage are being uptight. It’s my job to help them feel the feelings. The other reality is that we are all friends, and on special occasions when the stars align we get to sing all together or in little formations and that’s a total pleasure.“

And now, after years of making music in different constellations, Ariel Engle is going solo. For her own project, she picked the name La Force, which perfectly expresses the way she appears to me, tender and strong at the same time. She has released two songs already under La Force, forerunners of her solo debut album, which is to be released this year on Arts & Crafts. One is „You Amaze Me“, where Ariel’s warm voice meets a mellow, partly electronic, yet organic soundscape. It’s beautiful, and it’s catchy as hell – ask my six year old son, he’s been singing it since the first time he heard it. The second, published last week, is the melancholic ballad „Lucky One“. „It started over two years ago, almost three, but many things happened during the making of it,“ Ariel tells me when I ask her about how she started out working solo. „Some very difficult things happened. What some would call ‚Life‘. The pivot is that during the making of the album I experienced real loss. Something I hadn’t known before and it shaped me and the music. The songs are partially a map of that loss. This is not about going to parties or laissez-faire fun. Maybe I can regain the dance floor on the next album,“ she smiles.

After working with her husband Andrew on a band project called AroarA, as well as being part of Broken Social Scene, I wonder what she draws out of working solo that she couldn’t experience in other ways. „I think working solo is a place where you don’t have to compromise, or at least less. It’s also where you can invest completely. Listening to the songs in the end it’s never exactly what you thought would happen, but some of those ‚mistakes’ are the best parts. I wanted to leave room for spontaneity in the recording of the album. Some parts and lyrics were written on site at the 11th hour.“ But her solo work is also about togetherness and inspiration from others. It becomes obvious when she speaks about the people who contributed to the record, like Charles Spearin, in whose garage it was partly recorded, and of course her husband, Andrew Whiteman. „Andrew has always helped me a lot with lyrics,“ she says. „I’d be calling him in the vocal booth for lyrics to finish a verse.“

There is this pain that is audible in a song like „Lucky One“, but also the beauty of embracing the pain, overcoming it and turning it into something powerful. This willingness to bravely take on all sorts of emotions, processing them and giving their essence back to the people is one of the forces that make a band like Broken Social Scene so special. Being with them in the room that night (too small for so many people) makes it obvious how much each member contributes to this force. Ariel’s personal specialty appears to be a genuine sweetness, which flows directly into her songwriting. „Don’t you forget what’s simple and what’s small, cause we used to get obsessed about it all“, she sings in „Lucky One“. And she makes you stop, think and feel with that. Beware of your hearts. La Force is coming at you, with honesty, power and a whole lot of love. 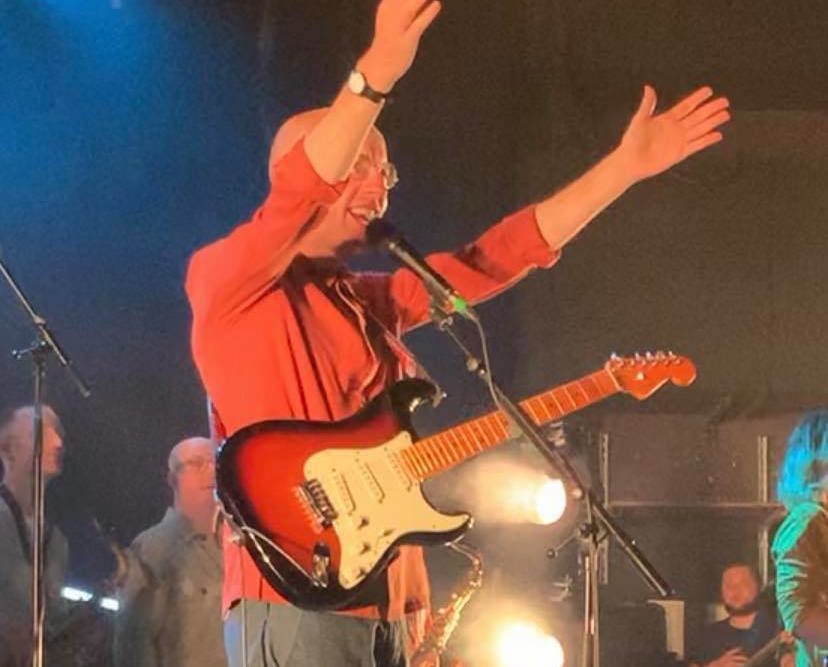 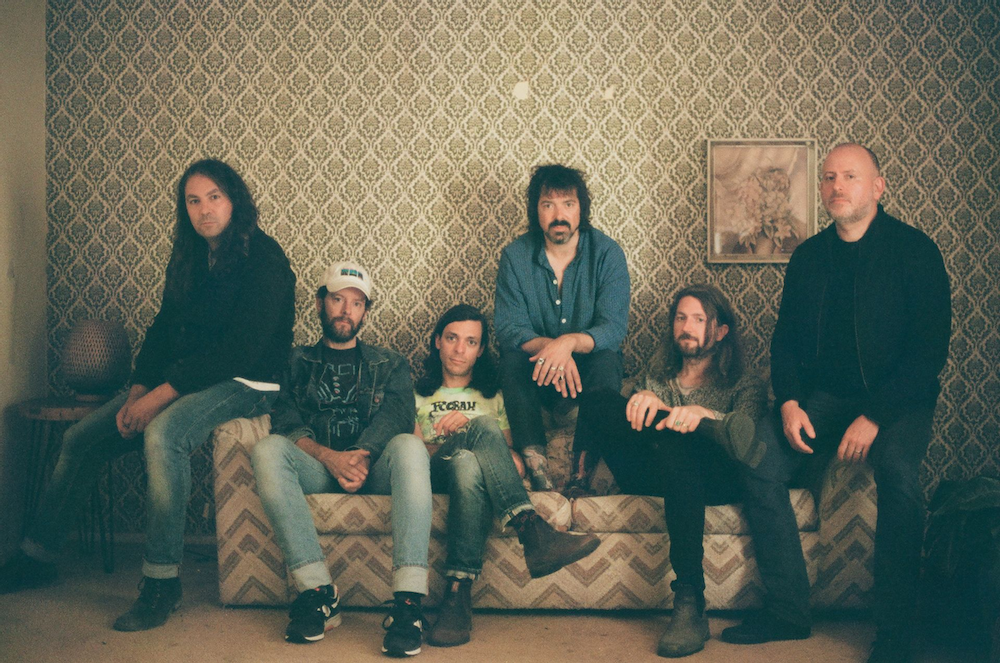 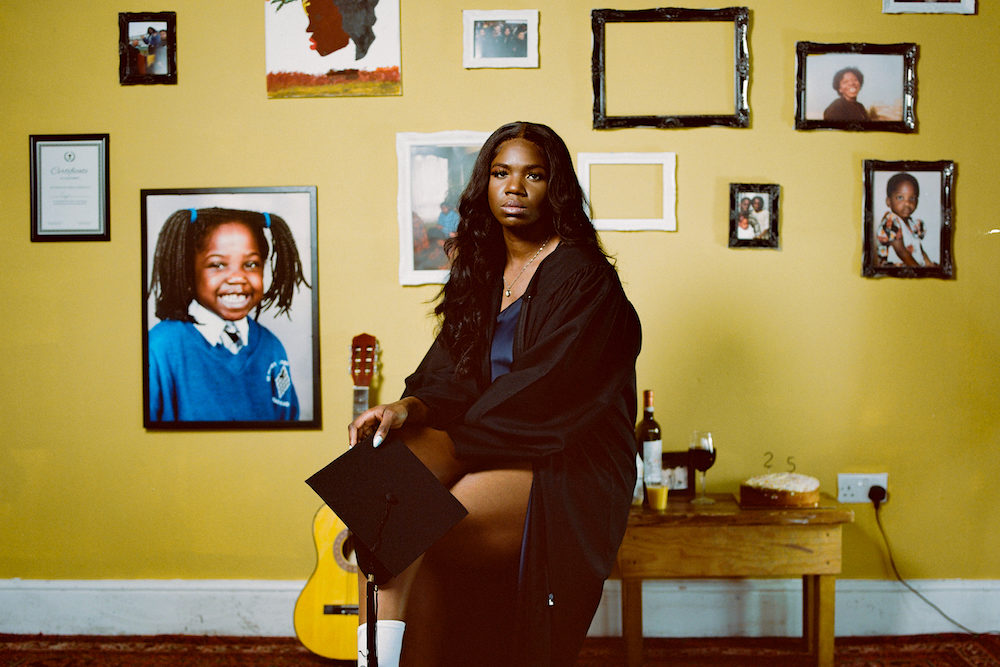 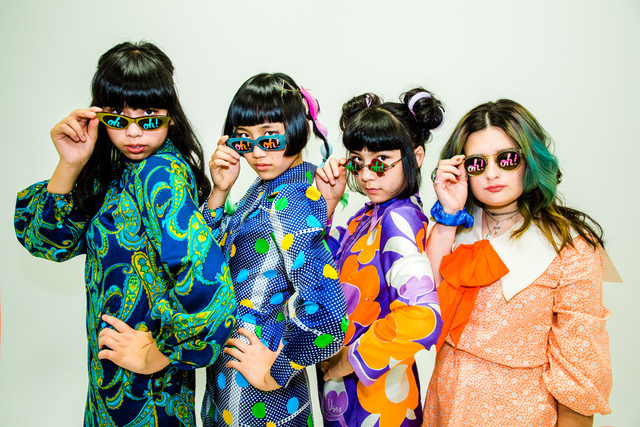