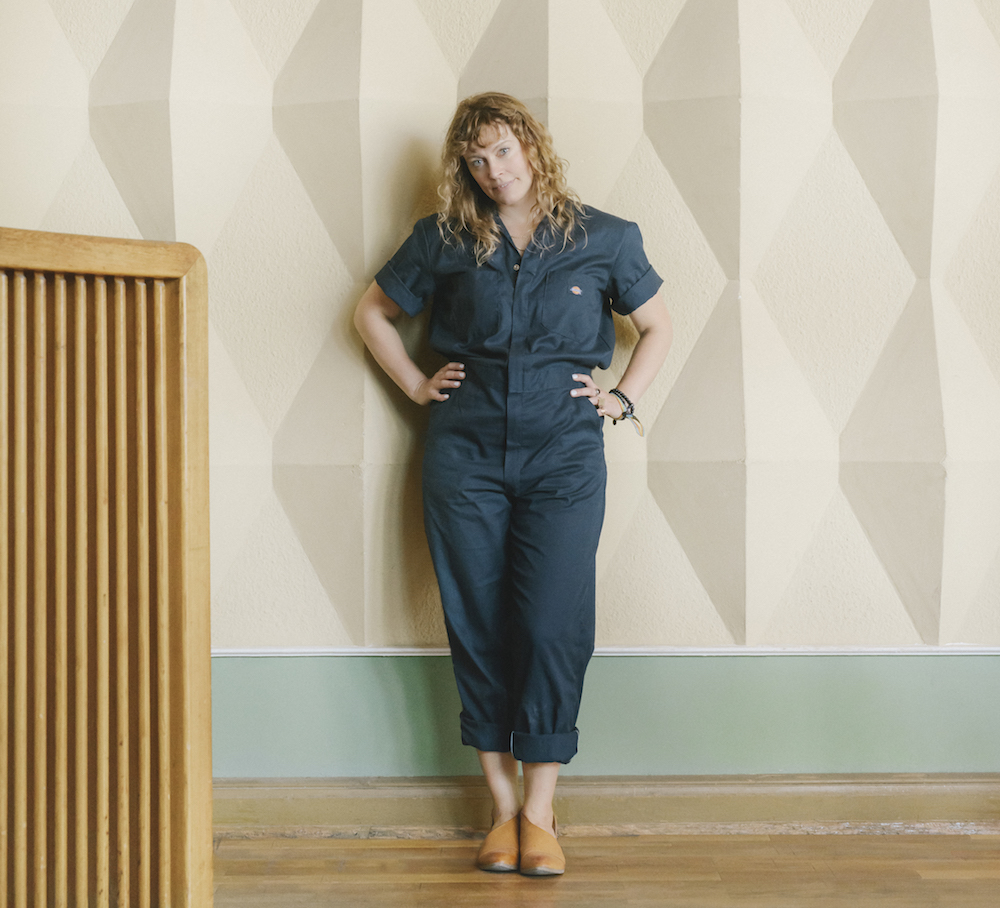 Last week in Berlin, the PEOPLE festival went down, a musical gathering curated by Justin Vernon, Bryce and Aaron Dessner and Nadine and Tom Michelberger. Over 150 acts comprised of more than 200 artists came together for one week at the Funkhaus to write, produce, record and perform. The fruits of their work were then presented to the public during the last weekend of the festival in various Funkhaus studios, where new material and new collaborations were combined for a totally unpredictable experience.
I had the chance for one day to walk around Funkhaus, sneak into the rehearsals and get a tiny glimpse of the magic that happens when so many extraordinary talented PEOPLE come together in one place. Having that many artists in the same spot made it almost impossible to schedule interviews, as things happened on very short notice every day. Luckily there was Laurel Sprengelmeyer, who you might know by her stage name Little Scream and who I already met two years ago during one of her rare show in Berlin. She was so kind to try and find a moment to sit down with me and give me some insights into the magic of PEOPLE. Take the time and read about her experience. Especially if you have been at the festival, it will help you understand even better what happened during this special, beautiful week.

So tell me, how have you experienced PEOPLE so far?

It’s a whirlwind for everybody. It is such a hard thing to describe. They had a hard time describing it to us before we arrived, and I still have a hard time describing it, even after having been through it for the whole week. So many things happen simultaneously. Part of it is facilitated, the other part of it is just chaos and organic organization. That is kind of how it needs to be. If it is too structured, then a lot of the most magical things would never happen. If it wasn’t structured, there is a lot of stuff that wouldn’t get done. I think the structure of it helps break up the habits of working with the same people. You get put into different groups and get to work with new players. One thing I will be doing is my own set with new material, part of which was only partially written until I came here. It’s only a 20 minute set, but it’s a lot of new material to figure out with a new group of people. That felt very stressful at first, because it was hard to get everyone together, it’s a lot of material to rehearse and to work on, but we finally managed. I am also playing in Richard Reed Parry’s „Quiet River Of Dust“ set, which is really fun. There is a song in there that Richard, me and my sister wrote really quickly one summer a while back. It is not a „Quiet River Of Dust“ song. We’ve been haunted by this little song ever since, but it never really had a home before. PEOPLE is a great place for things like that. You can bring in orphan kind of songs that are wonderful but don’t have a home, things that don’t fit into other projects. All of us have a lot of stuff like that. Apart from the performances I’ve been on a couple of recordings that have popped up during the week. I’ve jumped on one Justin Vernon’s things, he had me come in and said: just sing whatever you hear here. I didn’t know what was going to happen, but somehow it became magical. He played it back to me and it gave me chills. Last night I did this thing with Alexi Murdoch, total stream of consciousness. Just being open and playing. I don’t know if anything will come off that, but just to do it is amazing. That’s how things are happening here, you come down a corridor and someone will grab you for something.

I can imagine how hard it is to describe. I talked to a lot of people about it now and still haven’t fully understood which parts are structures and what happens spontaneously. For example, if you are playing a set now with your new material, did you put the band that you will be playing with here on short notice?

Yes, none of them I have played with before. The first day was stressful. We only had a two hour rehearsal time and the drummer couldn’t be there. I thought oh my god, this is going to be a disaster. But I had recordings, even if they were scratch recordings, and I charted everything out. Everybody was amazing, they just listened to stuff when we got it together. In the end I had to bring in my friend Erin Lang, who lives in Berlin, to help. I felt I needed one person who is dedicated to my set. Once she came in it took the pressure off. She is playing bass and singing, that was really helpful. You can’t explain what is happening because it can be anything. We did a recording with Howard Billerman, he has a studio set up here. He said to me: I was trying to conceptualize how many hours of creative labour come together here collectively. If you take all the people that are here and multiply them by an average 12 hour work day, just towards creativity.

I heard that Howard Billerman had actually planned to record every artist on the festival. That seems like an almost unsolvable challenge to me.

Yeah! Some groups have their dedicated spaces set up here. But there is so much space for everyone. The thing that we have recording engineers here is really extraordinary. You can capture a lot of it. And the thing is, a lot will be recorded and finished here spontaneously, and then there is a lot that will grow out of it afterwards. A lot of new collaborations will be born out of this whole experience. Many artists here have only met in passing before. Here you have the chance to work with people on things you normally wouldn’t have the chance to work with. It makes me almost tired talking about all this, but while you are in it there is a lot of adrenaline going on.

You will probably sleep a couple of days through afterwards.

I can’t tell! Maybe I will crash, take a bit of a break. But I do have to say that there is this momentum that is so inspiring. The deadline of having a performance in the end forces you to make decisions and trust them. Sometimes people say: you don’t need more time, you just need a deadline. I want to bring this feeling into my future work. I have a new record in the making called „Speed Queen“. I am not finished recording it yet, but I want to get it out next spring. Here I have just raised the bars in terms of what I can accomplish in what amount of time. Because I want to make another record already! The stuff that I am working on here can already be another album. Or maybe even another project entirely.

You had told me before that you are working on a new record. That is something I was wondering, what kind of experience you draw out of all this for your future work. For what comes after PEOPLE.

It’s a combo of things. Even if it’s stuff I don’t get to finish here, I know now that I can write things if I need to write them. You just need to experience it to have more faith in that. It’s like a muscle that you train, an incredible workout for that part of your brain. Also musical training, when you jump into all kinds of things and have to adapt. Like I said, it raises the bar of what’s possible. But also it creates that momentum, when you say: Oh, I didn’t know I could do that! If I just try to do it more now I think I can.

I had this imagination that after experience PEOPLE the regular ways of working as an artist could appear comparatively easy to you.

I mean, you do that as an artist, I have done it for my own work before, set up days with people I am working with and say: Let’s finish these things that we have. It’s still a different kind of energy here. It’s so inspiring – and practical! Developing relationships and having the facilities to do recordings. Part of me wishes it was a bit longer. Or a lot longer. I feel like we all just wished to live here (laughs). But there is also something very beautiful about how hard you work on things if you only have five days to create and two to perform. So in a way it’s just perfect.

I also feel like the Funkhaus itself contributes a lot to it.

It’s so magical! The space itself is extraordinary. I had no idea. I didn’t know they had left so many of the studios as they were when it was originally built. The architect of this building came through to visit us. He was so touched to see the rooms that he had designed be exactly as he had made them. He said, to his knowledge, that there is nothing existing like this, no other building where they had left everything just like it was. Rooms that are original and accessible to people, not just open to institutions. They are painting and fixing up things, but not doing stupid renovations. Don’t mess with the good thing. That is what seems to happen here.

It just sounds so perfect.

It is! There is such a good spirit here. Like it is put together, there is this non-hierarchical ethic. And you really feel that in a way that is very real. Like: let us just all be musicians and artists together! There is no roped off area where only Leslie Feist and Justin Vernon can go. If people work on their studio places, that place is respected. But it’s not with respect to hierarchy but with respect to functionality. I don’t know how other people would see it, but to me this is just an extraordinary thing happening. I have never seen anything like it and I am proud and fortunate to be a part of it. Last night we were talking about how it will be when we go home. It feels like the end of summer camp (laughs). I think this is the most ambitious art project or residency in the world that I have ever heard of. Tom and Nadine from Michelberger and Mary Hickson, the organizer, are such incredible, lovely people. And they are artists as well. This is a very creative thing to establish. It’s not just one artist who spearheaded it, it is also the people who help to make that vision real. That should be acknowledged.

I was so in it the last day of PEOPLE @37d03d I didn’t snap a single photo. I have no photographic evidence of @lisahannigan @minatindle @thisisthekit @roziplain @foundlingsounds @lanzprojects Andrew from @thebarrbrothers and @ihaveatribe joining me for a set of all new material. I don’t have a picture of me playing in the @rrparry Quiet River of Dust set with @thestaves @samamidon @brycedessner @little_vampire @alximrdch but I have this one of me rehearsing for that set snapped by @foundlingsounds. Nothing to show for being in a performance piece of #ashleyfure with a 3-D printed megaphone or rehearsing with the epic women’s choir, Or any of the other things I got to experience and take part in this week. My heart is so full. I am leaving with so much inspiration. Love and thanks to everyone who made this magic happen @michelbergerhotel @hicksonmary 🌈🌈🌈🌈💐💐💐🌈🌈🌈🌈 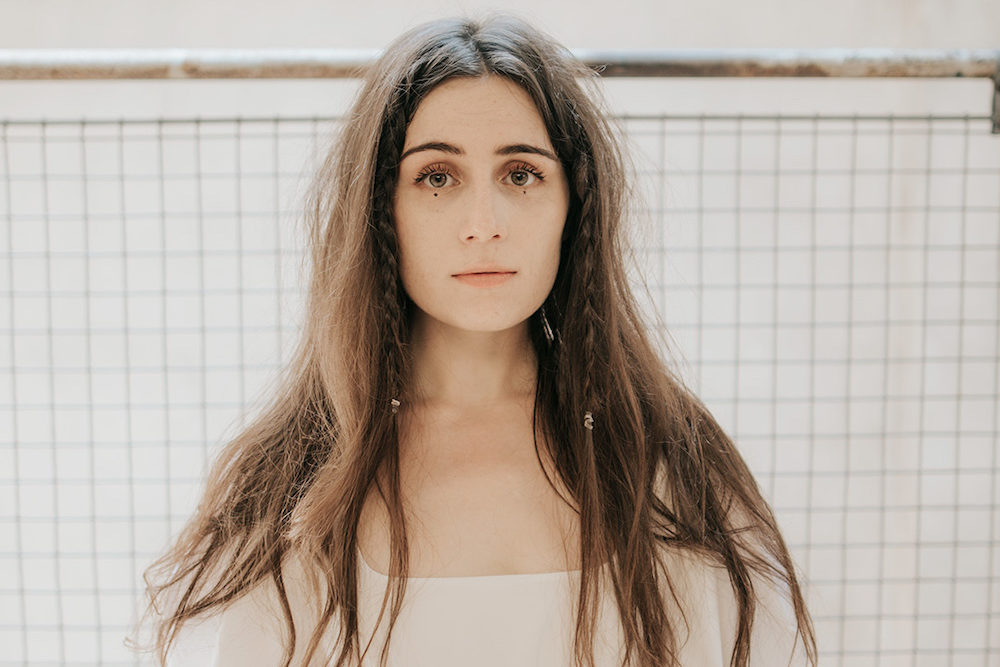 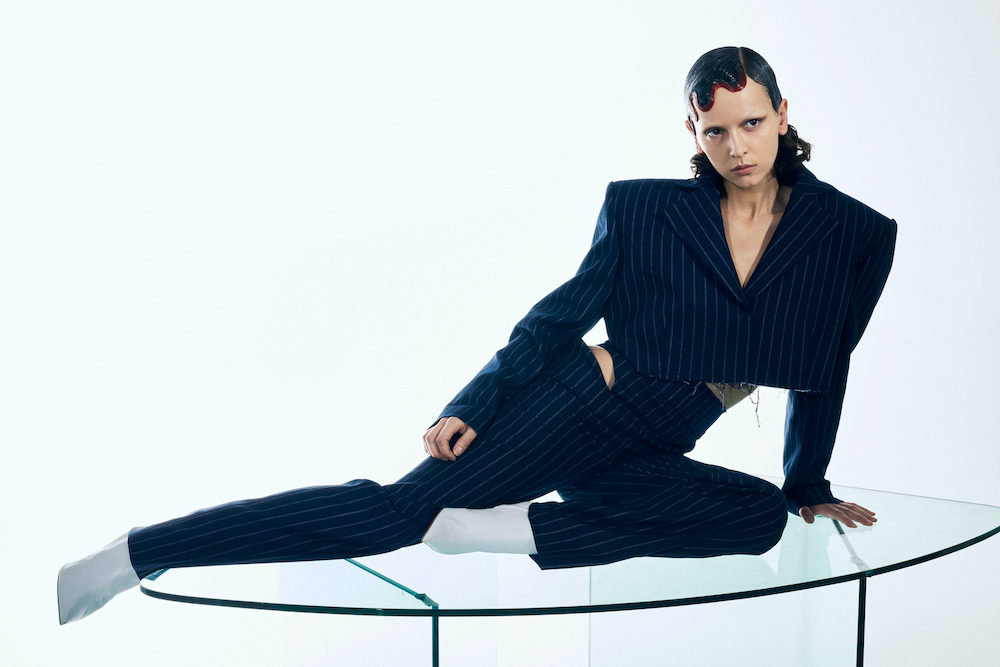 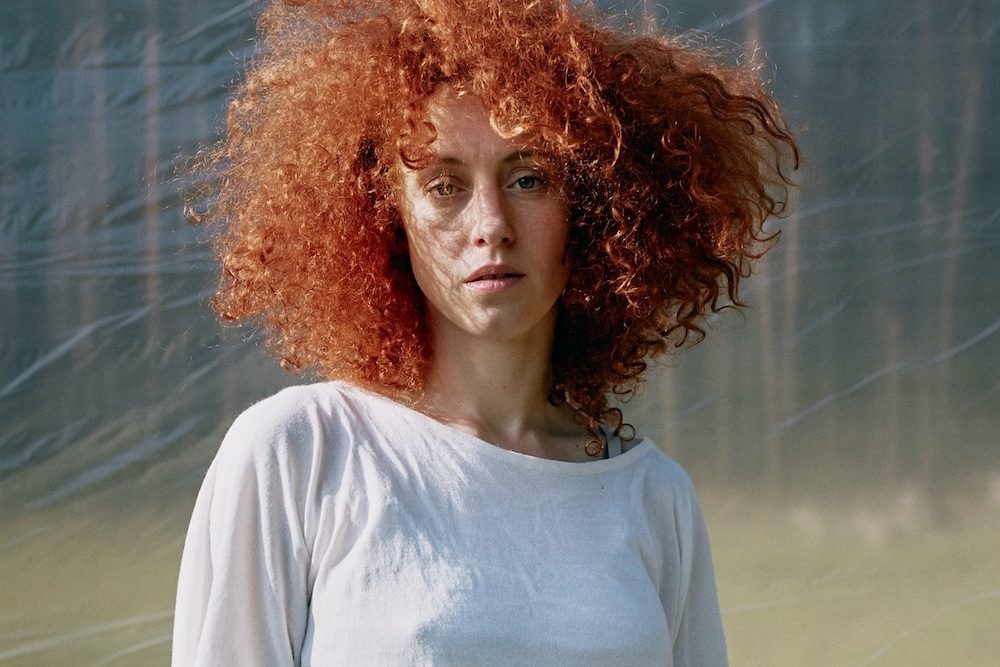