We all have these topics we get to when it’s late and we talk too much, don’t we? One I love rambling about, whenever I’m given the chance, is: why are Broken Social Scene not as big as they should be? Sure, the Canadian Indie-Rock band have their fans, and if you dive a bit deeper, you find out that at least the passionate music geeks do know a couple of their songs. But then on the other side of the table there’s me, absolutely being convinced that „You Forgot It In People“, the band’s 2003 breakthrough album, was incredible revolutionary. It’s almost like they paved the way for so much that happened in Indie-Rock in the years to come, but then gently stepped aside and let the others pass through. „Well, we’re an older band now“, Broken Social Scene frontman Kevin Drew smirks at me, sitting in his kitchen, drinking coffee, as we talk via Zoom. He seems less upset than me by this raging injustice.

It’s not the first time that I’ve seen him sitting in his kitchen. It’s how we originally met six years ago in 2014, when Kevin Drew released his solo album „Darlings“ and I got invited over to his home in Toronto via Skype to talk with him about it. He’s the kind of guy you have the kind of conversations with that get easily out of hand. Back then we were scheduled to talk for 30 minutes and ended up chatting for more than an hour, joking when we finally both had to finish to switch to Facetime and continue that way. Without question, these kinds of conversations are my favorite ones, when you feel you are really connecting with one another, way beyond the normal pattern of one party asking questions and the other answering them. At the same time, you need to remind yourself how many of these encounters artists have and see it as some kind of thirty minute fling – enjoy it while it lasts. I’ve met artists who spent a whole day couped up in a room, meeting up to ten interview partners a day, and I always cherish them for still giving you their full attention and trying to connect with you for the couple of minutes you have together. I never blame them for not remembering you when your paths cross again. But sometimes they do.

Like Kevin Drew, who I meet again in 2017, when Broken Social Scene are playing one of their rare European festival shows at Primavera Sound in Barcelona. It turns out we both remember our virtual kitchen conversation quite fondly. FastForward to early summer 2018 and I find myself having a late night dinner with parts of Broken Social Scene after their show at the O2 Academy in Bristol. That evening, we talk about music we’re enjoying listen to at the moment, and Drew tells me about his growing attraction to electronic artists like Jon Hopkins, who had just released his album „Singularity“. He is obsessed with the track „Luminous Beings“ at that time, and he still is today. Soundtracks and instrumental music have always played a huge part in his creative endeavors, and the reason we are speaking via Zoom this time is because he used the quiet times of the Corona pandemic to create another solo album, the strictly instrumental and mostly electronic „Influences“, which he recently released under the moniker K.D.A.P.

There are numerous thoughts, reasons and decisions that lead up to the album becoming what it is. „I really didn’t have much desire to write songs, in the traditional sense,“ Drew tells me. „Within the climate of the world and what was happening with the uprisings going on, I felt like there’s nothing I should say or need to say.“ He keeps emphasizing that instrumental music to him is the most direct way to express your feelings without using words, and the other way round it has the power to evoke feelings in the listener without telling stories, making these feelings completely about yourself and your current state of mind and emotions, like a soundtrack to your own life. As he explains it: „Instrumental music for me has always been such a wonderful journey of ‚choose your own adventure‘. Because you are allowed to take it in and make it what you want it to be.“ Just like any other artist, he is always on the lookout for new ways to express himself artistically, and accidentally coming across the music creation app „Endless“ felt like the perfect match to him right away. He gets so enthusiastic when he talks about it, he even put the record straight on his instagram channel regarding the fact that he does not get paid for promoting the app. But he clearly loves it. „I went fuck – it’s fun!“ he laughs. „I realized it was a tool to write with the intuition and the impulse and the hooks and the melodies that I liked. It gave me an outlet that I had never had before. Anytime you get a new piece of gear, you always rediscover the innocence of: what’s that?“

Creating a whole album through a smartphone app might to some people taste like the last and final sellout of creativity, but Drew looks at it completely the other way round. „The applications of now, I think it’s a way of keeping art going. Imagine we could get that into programs! Prison programs, school programs, art programs, community centers… where you can get people engaged. And you don’t need much. It’s a way of having people find another way to describe themselves. It’s hard to find an identity within noise.“ And of course, every app is still dependent on its user, it is up to you what you make out of it. „It’s still about the individual who’s using it,“ he says. „You still need to have that intuition about melodies and hook. You still need to have that responsibility to what you feel is rhythm.“

Yes, it’s all about the hooks and the melodies, and together they form a certain world that is very typical Drew-esque, no matter in what shape and form they come along. „Influences“ might be classified as Electronic music, although he has included a lot of analogue elements. The feel of the songs is still quite similar to the musical cosmos he built with Broken Social Scene, although some people might be irritated by the way Drew executed it on this album. „Oh, I sent it to a very close friend who couldn’t wait to hear it, and I woke up the next morning to: I fucking hate this!“ he laughs. „So I do have some people who are just not into it.“

Well, you can’t please everyone, but even Drew, who is more about unity and friendship than any other artist I ever met, doesn’t seem too upset about that. He is happy to give his music to his circle of friends and listeners, to „those who like to do tinctures or smoke marihuana or just soothe it and chill.“ We’ve talked about it before, and it’s clearer than ever that he has no huge desire to feed to the masses anymore. Sometimes, I secretly think, he could have a tiny bit more of that. At the same time as he gets excited about an app to create music with, he is very torn about a lot of aspects of the modern ways of putting yourself out there as an artist, and how he might fit in there. „Everything I’m doing, I’m looking at it through the glasses of Broken Social Scene as well. What interests me is where it’s going to go. What’s the new? And if it is TikTok and all these aspects, we don’t fit really in there. You try to fit into something that you don’t fit in to, that’s when you start dealing with the devil you know and the devil you don’t know. You can fit into that, but you just may look like you’re trying. And once you look like you’re trying, you’ve given up that aspect of free, intuitive creation. It’s like chasing something.“

I understand his struggles, but (and I hope he forgives me when I say this) I feel like there is a truth in between. Maybe there is a way of using modern technology to suit you, even as an „older band“? Just like he discovered that a music app can surprisingly meet all of his needs as an artist. Couldn’t there be ways of promoting a band like Broken Social Scene to a larger, maybe even younger audience via Social Media, other than Kevin Drew doing funny dances on TikTok (which is indeed a hilarious idea)? For „Influences“, he posted a series of videos on Instagram, where he explains his views on creativity, the human body and life in general. They are great! And very uniquely him. No matter how I twist and turn it, it always leads me back to where I began: a lot more people should know Broken Social Scene. And I do hope „Influences“ finds its way to its listeners, although Drew seems not to be too bothered about it. „There’s so much music out there! There’s 3000 songs a day!“ he shouts at some point, and it’s hard to say if he worries about his own place within all this, or if he’s really happy with just putting his music out there and leaving it to fate if somebody finds it. „I started by making records for friends, for peers, and it feels like a full circle that I’m doing that again,“ he says and yes, I do believe he genuinely feels like that, and I’m grateful he is gifting us with his music.

Together we sometimes joke about feeling old, looking at all the amazing musicians, creatives and journalists out there that are so much younger than us. But as we talk, weirdly, especially given the fact that the world is struggling with a pandemic that has taken a significant toll on the existence of musicians and artists, Drew appears to me more at ease and content than ever. He is talking a lot about things that worry him: the state of the world, obviously („The greatest victory for the governments and the corporations is, they divided us – and we’re turning on each other.“), the dangers of social media („It’s very hard to not feel lonely if you’re alone and with your phone, because all you do is witnessing. You become a voyeur to life.“), and sometimes he says things like „that’s an ice cream headache that kind of gets into my heart“, which leaves me wondering what exactly he is talking about. But one thing he is absolutely clear about: even though he has been struggling with some health issues over the past few years, he has no problem with getting older: „I love getting older. I don’t know about you, I fucking love it. I had such a hard decade in my thirties. I was lost. I was not myself, I was not a good partner to people. I thought all the time: what the fuck is my problem. And I did get depressed and all that. But I continued to work and live and have great times and enjoy life the best I could. And try to help others, always. And in my forties, suddenly there was this new whole breath of breathing.“

Which reminds me of a Broken Social Scene song called „Old Dead Young“. It’s all just life, isn’t it? And if you ask Kevin Drew, all you need is the right soundtrack for it. Music will always help you pull through. 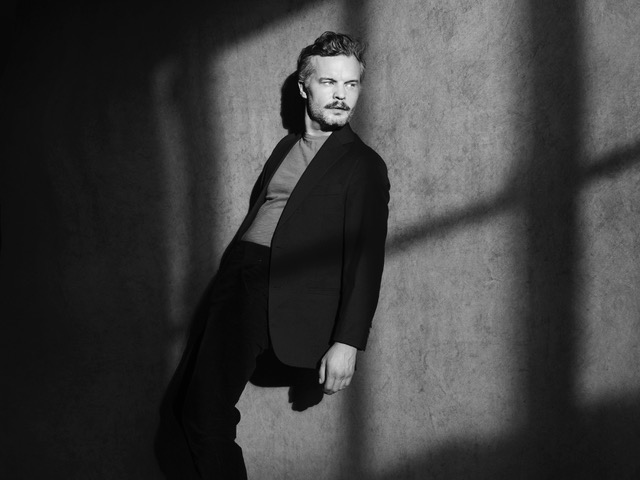 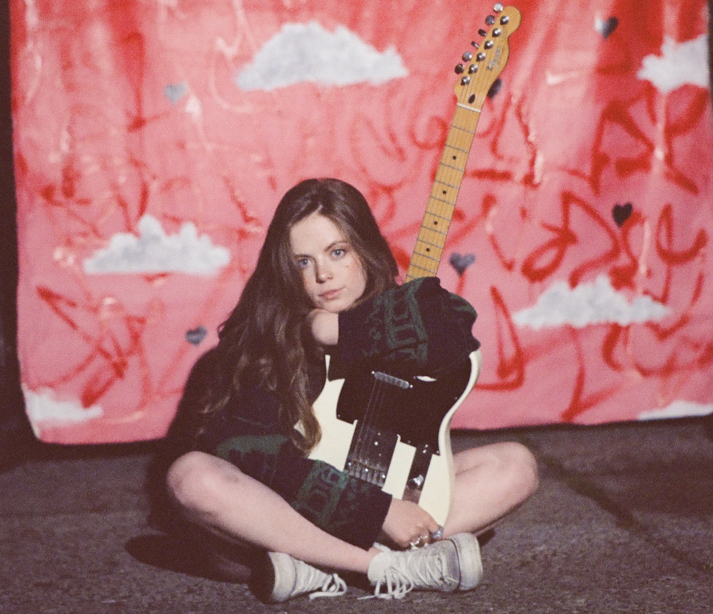 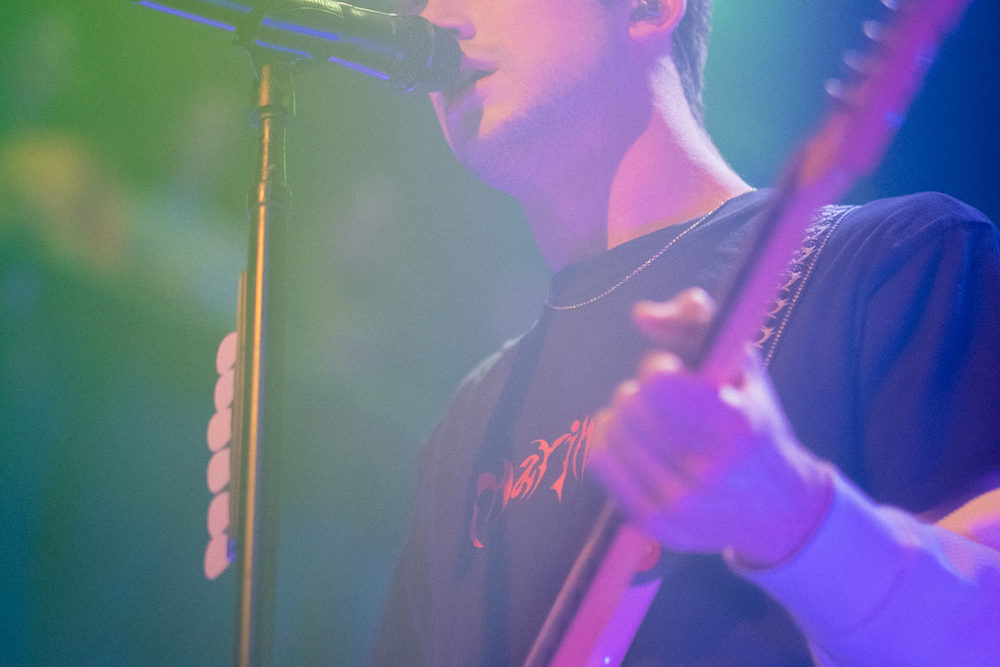 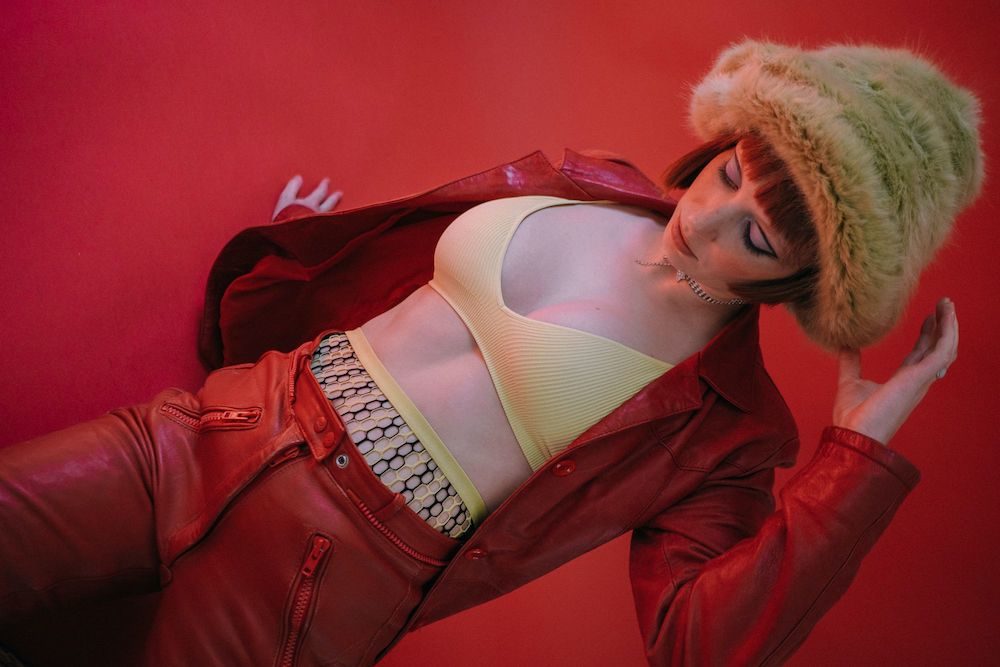