Since the world has been shaken by a global pandemic, I can hardly listen to quiet, calm or soothing music. Maybe it’s because of the calm and quietness that has been enforced on us during lockdown and similar situations, but whenever I feel sad or anxious (which I have to admit, I do a lot these times) I turn to fucking loud music. I love drums and guitars and shit and a decent amount of screaming. No wonder I have become even more attached to UK band IDLES these days. I can hardly think of any other band that merges aggression, anger, love and compassion the way they do. Hearing frontman Joe Talbot scream his heart out over heavy drums and even heavier guitars provides me with a strange sense of comfort.

I was accordingly excited when I heard IDLES were to put out a new album this year, the heavily expected follow up to their 2018 huge success „Joy As An Act Of Resistance“. Isn’t that just what the world needs right now? On a strange side note, I spent one of my last nights among people in the old fashioned way we used to do it (sweaty body to sweaty body) in a club in Manchester, dancing to Joe Talbot spinning Hip Hop tunes. When Joe and I talk on the phone, one week prior to the release of IDLES‘ third studio album „Ultra Mono“, he jokes if I feel like I wasted my last night out on him. Well, no. It was one of these great nights where you feel like you would not want to be anywhere else.

This is what Joe Talbot makes unmistakeably clear during our conversation: He is not here to complain. He wants to use his privilege to spread love and comfort. And he does that the way he is best at: fierce and loud.

How are you? It must be weird, bringing out an album in these strange times, isn’t it?

On a personal level, to be honest, this time made me realise how lucky I am. I am grateful to have a job where our audience has carried us through this. We are a very privileged few and can carry on regardless and keep working. So we’re very grateful. We got a lot of friends who are suffering from the situation. It’s a nightmare. So we’re just the lucky few. We are very, very fucking grateful. That’s it. And for releasing an album… the album doesn’t suffer. If anything the album’s subject is self awareness and fighting a sense of isolation, a loss of self, an existential battleground in which you win by progressing forward and accepting yourself. It’s the perfect time to release „Ultra Mono“. For myself, for us and for our audience. It just seemed right!

When exactly was it written and recorded? I think it’s been finished for some time already, right?

We recorded in September, wrote it in June/July/August last year.

But isn’t it amazing? It’s been done for more than a year now, the whole world situation has changed, and still everything you have to say is so on point!

Yeah! I think that comes as I’m writing with a sense of transparency. You know, there’s a way of therapy there. I think I am definitely not alone in the sense of facing disillusion and isolation through polarized governments, a really toxic relationship with the internet, social media and all that crap. Really, this sense of disillusion and isolation was going on long before the pandemic happened. Now I think people are feeling that that sensation is elevated. It’s escalated because of a sense of physical quarantine. But the kind of existential emotional quarantine has been going on because of an ideological pandemic before that. I just think that feeling of loss and of being lost has always been in the focus of my mind. Because I was lost. And I had a sense of loss. Maybe I am one of the few that because of a pandemic I feel sound now… (stops to think) I don’t now. But, yeah, this album definitely feels like a relevant one.

You know, what you just said reminded me of something a friend recently said to me. He is a psychologist and he said that weirdly some of his patients started feeling better during the pandemic. Maybe because the pressure of coping with the normal every day life has been lifted from them. I found that weird and interesting.

Yeah! I… (sighs) It’s crazy but… it depends, doesn’t it? So many people have been logistically completely traumatized by this. It depends on who you are and how your life has been affected by it. All I know is my experience is I’m still very lucky and we as a band are very lucky. We are focussing more on what we do have rather than on what we don’t. A lot of people don’t have a choice than to focus on what they don’t have. As I said, we’re just the lucky few who can flourish in this time, trying to help other people get through this.

I mean… maybe as a middle class white male I’ve been fortunate enough to hold myself accountable and understand what my privileges are and using them for the benefit of others. You know, I just in this moment understand what privileges I have and I’m trying to show my gratitude of them by doing something productive. And use my energy in a positive way. But… who knows.

You know, my first thought when I heard the album was – fuck! That is even a step up from „Joy As An Act Of Resistance“ and I wouldn’t even have thought that was possible. It’s fiercer, louder, there’s even more statement and  even more love.

(laughs) Well… the whole process of making the album was a process of distillation. The album was born out of self doubt and questioning oneself, questioning ourselves as a band. Because of our success we had a lot more people watching us, people listening, people criticizing us, people reviewing… we wanted to be not just reactionary to these things and question ourselves, but be. And that’s what „Ultra Mono“ was about, a unified self acceptance in the very moment. We wanted to be fully productive but meaningful. So with that in mind it was about distilling everything down and just being apex IDLES. Being the most violent, the most loving, the most passionate, the most concise. The most brutal, the most joyful. You know? In the moment.

You know what I think when I think about IDLES? There are so many people out there, who pretend to be very free and very loving, but in reality they sugarcoat their aggression and egoism with this fake sense of love. And IDLES are the total opposite of that.

Yeah… I think that’s a way of cutting through culture. We’re a popular band in pop music. Well, you know really we’re a Rock’n’Roll band. Our message is cutting through a lot of violence. People on the internet, on social media are being very judgmental and unempathetic. Not many causes but their own. We just want to cut through that with a sense of impact and violence but with a message of love and compassion. Which is why a lot of people struggle to understand our message or fight it. But we mean what we say. We want to convey a sense of love, of compassion and empathy. But to be heard nowadays you really need to have a loud bug.

Music wise I heard you drew a lot of inspiration from Hip Hop. And when I looked at the lyrics, how they were structured, they reminded me a bit of spontaneous poetry slamming. Like more poetry than classically structured lyrics.

I heard you made a lot of them up on the spot while in the studio, playing around with words and sounds.

Yeah, that is true. I guess the kind of inspiration for the album was a sense of impact. To be completely unified self in order to feel completely whole in the moment. And I guess sonically speaking this is a sense of impact. A holistic sound that is either one snare or three people doing the same thing at the same time. Maximum impact, to have that sound of unification. And that came from the practices of Techno and Hip Hop, even some Pop Music and Wagner, you know… All different places have that sense of a unified self. That’s where we got the idea from to use more sub frequencies to our music, to have an impact on a home stereo or in the car as well. It’s a lot easier to have an impact live than it is on records. We just focused more on the sound on this record, on the production.

And then the sound, the songs gave you the inspiration for the lyrics?

Yeah, yeah, the whole album is around the subject of Ultra Mono. The theory was there. And then each song I listened to a lot before I went into the studio and I had like a subject or a title for the song ready. Not all of them, but maybe six songs I wrote in the booth. It was to me as momentary as possible. To achieve that purely was to literally not question myself at all and just write the song in the booth.

Was that the notion that sometimes even made you stray away from using words?

Yeah, that was something I played with, the idea of just being a noise. Which is something quite animalistic and pure. If you distill yourself down, you are just a series of noises with animalistic wants and needs.

You know, when this whole Covid situation started, the first interview I did via phone instead of meeting in person as originally planned was I talked to Jehnny Beth. And I asked her what it was like for her to work with you. So, as a final question, I thought I’d use the occasion and give this back to you. What was it like for you to work with Jehnny Beth?

Inspring. I mean, she’s a very powerful artist and performer. It was a real privilege to work on her record, and it made perfect sense to have Jehnny Beth on the song „Ne Touche Pas Moi“ because she corrected me on my french. It was terrible french. And also because it was important to have a female perspective on the subject around respecting personal space. She is just an amazing artist. We’re very grateful she got involved in our record. She is very hard working and a very pure person and I’m really grateful that she is also a friend.

That is really nice, because I can tell you she said something very similar. The song you did with her for her album, „How Could You“, evolves around jealousy, and she said she very much appreciated your perspective on the subject.

Because jealousy was a big part of my life when I was younger. I was a very insecure man. Or rather a boy in a man’s body. So it was nice to cover that subject as a point of my past rather than my present. Which was a nice relief.

And then you put another Dirty Dancing reference into that song!

Yes! I mean, everything goes back to Dirty Dancing, doesn’t it? It is an amazing film. I mean, it has a lot of problems, a lot of holes in it. But I love it. 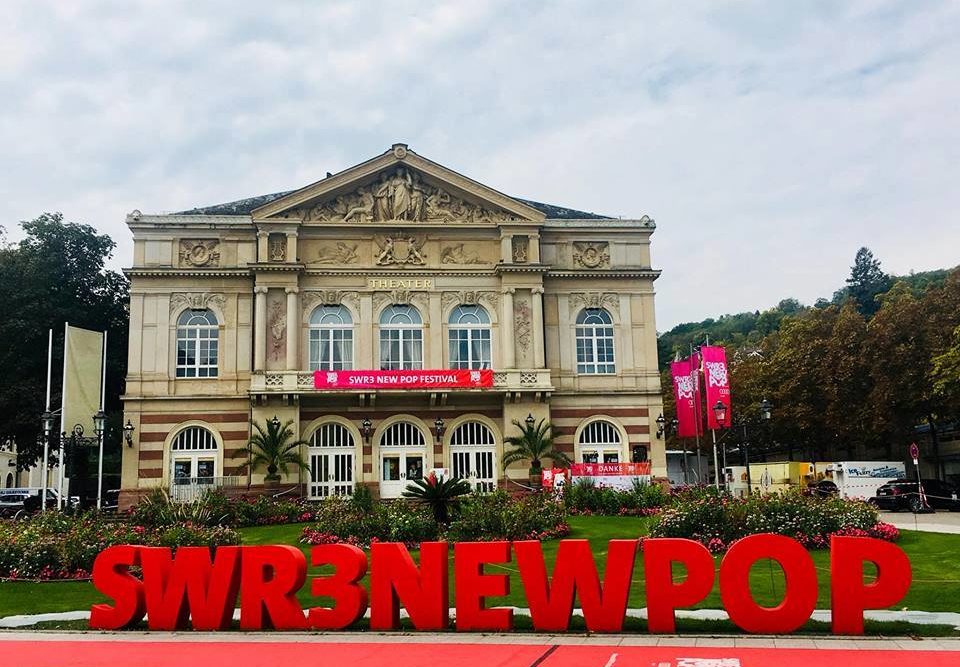 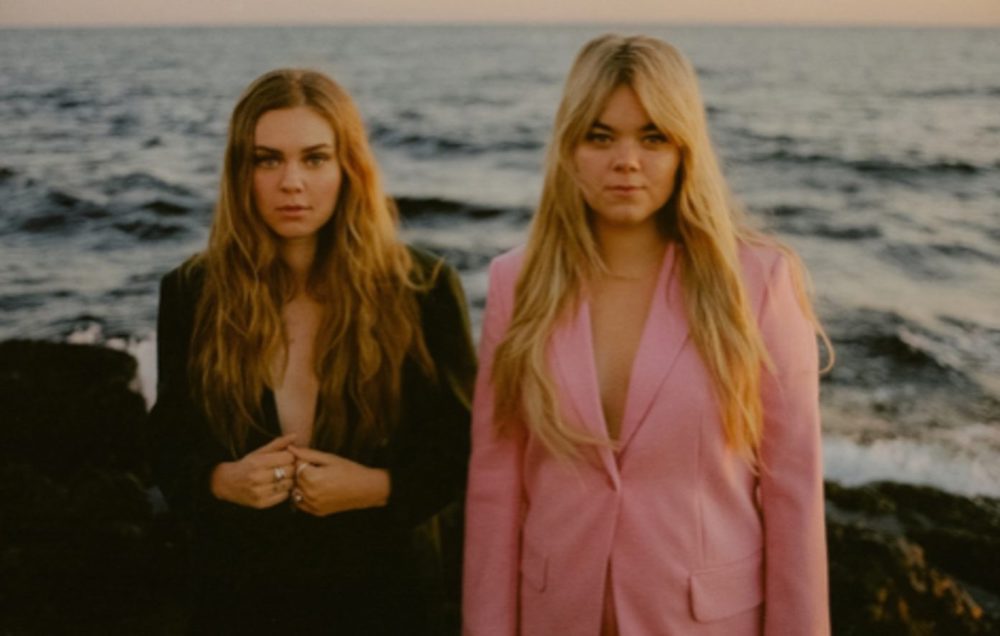 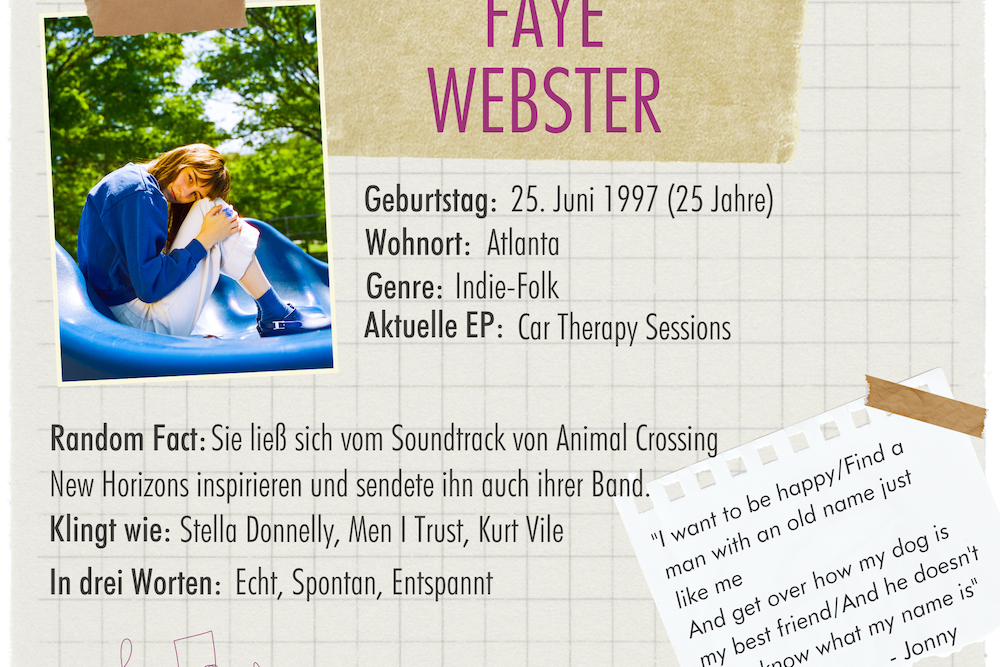 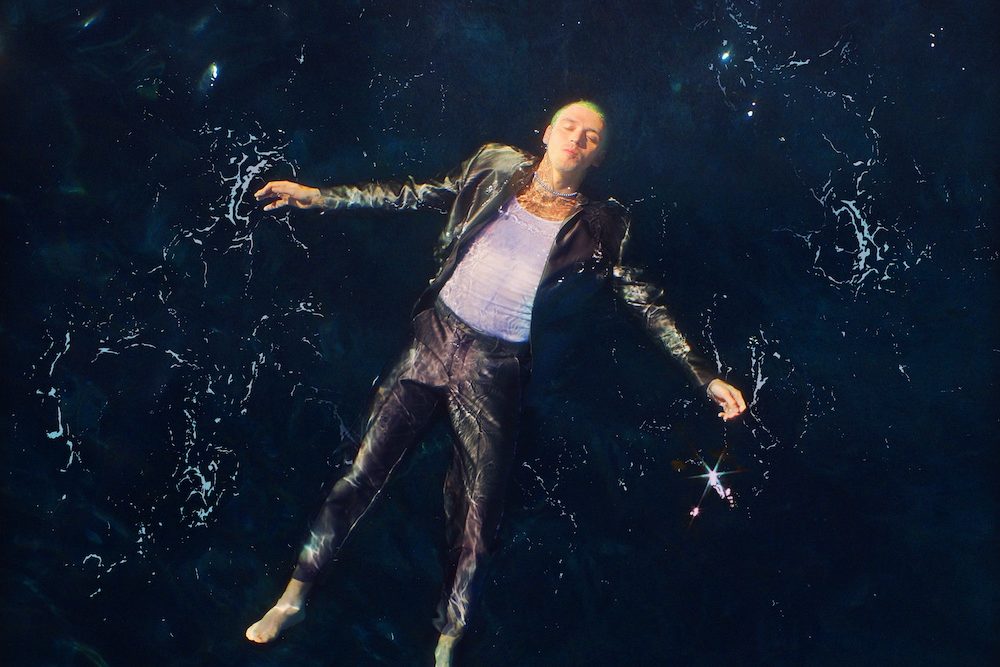