I first met Aurora in the end of 2019, when she was performing at Pitchfork Festival Paris. It was one of these encounters, that somehow hits you right in the heart. There is an almost elf-like aura that surrounds the Norwegian singer-songwriter, almost as if she’s not walking, but floating a couple of centimetres above the ground. At the same time, as much of a juxtaposition as it may seem, she appears astonishingly grounded. This is all the more surprising given the fact that she has a very devoted following of fans, who dress like her, create incredible fan art and follow her around from show to show. When we met in Paris, she put her naked feet on the armrest of her chair and we immediately started giggling like old school friends. Maybe it’s also the fact that she insisted I couldn’t possibly be any older than 30, that immediately endeared me to her. At my age, you become that cheap. It was definitely the way she bent forward and put her hand on my knee, when she wanted to emphasize something.

Part of me also became quite motherly around her. She was funny, lively and energetic, but she also told me that she desperately needed a rest. That her body physically ached from dancing on stage almost every night and constantly being on the road. Her plan for 2020 was to do only a handful of festival shows in the summer and take the rest of the year off to recover and be creative again. I actually thought of her when Covid started to hit us – at least one artist I could think of, whose plans had not been utterly destroyed. „Oh my God, maybe I made Covid happen!“ she jokes, when we finally meet again more than two years later via Zoom. „Because I really asked the universe for a break.“

She definitely got the break she asked for, and she appears like she genuinely enjoyed it. She came out of it with new music, a 15 track-strong concept album called „The Gods We Can Touch“. She dedicates each song to one of the Greek gods and goddesses. There is so much she cares about and is interested in, she loves mythology just as much as science and progress, and she worries deeply about the state of our planet. We only have 20 minutes, so we do our best to dive into all the things that were on her mind when she worked on her album (even though she refuses to call it „work“): religion versus love, lust versus shame and that devil called perfectionism.

You look great! And you do look rested, so I hope you’re making the best of this time.

And you’ve been creative!

Yes, I have! That’s the best gift I’ve been given, that I had time to just be in the studio and to forget the world, to forget to work. Because making an album is not work, it’s just joy. It’s been wonderful! I had so much fun. And you can hear the happiness in the album, I think. It’s very playful, it’s very all over the place… it’s been very beautiful.

Did the time off also give you new inspiration? Making an album about Greek goddesses doesn’t appear like something you come up with overnight…

Well, I don’t really think too much. I just exist. And if I don’t have anything to say, I don’t write, I do something else. When you relax, the idea just comes. I knew the album title in January 2020. That was when I was like oh, I know what I’m going to do, what this album is going to be and how it’s going to sound. I always come up with the album title first, with every album I do. And then I write all the songs after, that fit into the story I want to tell. But yeah, I had time to think. And I love reading, I love learning, I love exploring. I’m really fascinated by a lot of things. One day I realised that I’m really fascinated by religion, the different religions we have in the world, the good things about them and the bad things. The way it makes us behave and judge. But also love and belief. It’s both so pure and not pure at the same time, and it’s just really fascinating to me. And then I thought back all the way to Greek mythology and even before Greek mythology, ages ago, when we probably just worshipped the sun and the earth. And it seems like with time we have gained a lot of knowledge, we have learned a lot and changed a lot and evolved as a species. But we have also forgotten a lot of things on the way. I resonate a lot with the way we believed ages ago. And I wanted to make an album bringing some of these ways of thinking to the now.

I like the idea of treating God and religion as something tangible. I grew up in rural Bavaria, which is super Catholic. And I always felt like this kind of religion is so detached from reality.

Very detached! Very detached from us, from humans. I liked the idea that we could worship something, believe in something and blindly love something that exists in all of us, and in earth. That below the ground you don’t find hell, but more beauty. That the pureness comes from here, not from somewhere else. I think it would cause a lot of change to how we think about each other and ourselves. And the world! Maybe we wouldn’t have come so close to ruining our planet, if we hadn’t removed God from her. God existed in the earth and in the trees and in the mountains, here with us. I find this way of thinking and this concept very fascinating and inspiring.

It is! And speaking about being detached from reality – isn’t celibacy the craziest thing ever? To expect someone who is supposed to guide you in life to live without human touch?

I’m very fascinated by this as well. In this album, it plays a huge part. I want us to not feel ashamed and to not bring shame into the world and not anywhere close to our bodies. It could be so simple and so good. It could be natural. Because it’s a gift in this world! Love and physical touch. It’s just beautiful. It’s so sad to turn something so beautiful into something evil. I strongly disagree with that. This album is a lot about embracing these sides of us, about loving them and seeing the beauty of them. Without shame!

The idea that we should be born in sin! Anyone who ever held a fresh, newborn baby should deeply disagree with that.

Yes. I think it’s very rooted in us, that what makes us human is evil, and we have to distance ourselves from the human in us and approach this perfect God, who we can never become as perfect as. Because we are not meant to be perfect. And I find our obsession with perfection very disturbing. Because it’s not real! Nothing is perfect. And we shouldn’t believe that we have to be, either. And blame ourselves for not being perfect. Perfect is just a meaningless word that doesn’t make sense to me. To beg for forgiveness, just for being born, it’s very absurd. It’s clear that we need something. We need faith, we need some answers to these impossible questions. To create meaning in our struggles, so that it’s not for nothing. But I think we could find meaning without tearing ourselves down and tearing each other down. It would be nice at least.

I love how you took all those really profound ideas and turned them into pop music – which is supposedly the most mundane thing ever! I love how catchy it is, how dancey, how, as you said yourself, „all over the place“. How did you approach the sonic journey of this project – did you just let go and do whatever?

Yes, I just let go and did whatever (laughs). I went with what felt good and what was fun. And I didn’t think too much. I didn’t analyse too much. Even when I realised my brain doesn’t like this so much. My body likes it, and then I listened to my body instead. I just played around. I’ve been really playful on this album. Which I think is good: we should be more playful in this world. We live here once, for one lifetime, if we’re lucky. And we’re just born in this body, that we are being taught to hate. Even though there is so much to love. We are just here for a moment, and we don’t have to justify our existence with begging for forgiveness or with getting better or with constantly being productive or being beautiful. We just don’t have to justify our existence, ever! We just have to exist and do our best. And I think the pressure is too much in this world for us. In a way, it is really simple. Survive – and then try to have fun, while surviving.

But speaking about perfection – do you struggle with perfectionism as an artist sometimes?

I’m also a slave to my own need for perfection. But my idea of perfection isn’t perfect. I just want every song to be as close as possible to how I imagine it in my head. I am a perfectionist, but I don’t care if you like it or if the world likes it. I only care if I like it and if it’s how I want it to be. I am not here to make anything for anyone: I make music because I want to. It’s my music, and the whole concept is that it should come from me and that it should be honest from my point of view. Because if it’s supposed to be perfect, then someone else could make it. The whole point is that I am the one who makes my art. Just like your art should be your art and not anyone else’s. So I just write, and I never think about the pressure. I know that it’s there, I can feel it in my team, but I don’t care what happens. Because it’s going to be fine anyway, no matter what happens – whether I will be an artist all my life or only parts of it. We can’t control these things. So I just want to make what I like, what I think is fun. That’s the whole point. It doesn’t need to be anything more.

It’s about the honesty, isn’t it? I think that’s what makes people click with real artists, in a world where you can just use an algorithm to write the „perfect“ song. Isn’t that crazy?

It is crazy. That’s a whole new discussion. Also, that our worth is defined by something we can measure in numbers. Like our fortune, our followers or our weight or our height. It’s just crazy how we let these numbers decide so much, when they are so meaningless. I’m heading towards this direction on my next album again. So my fifth album… or fourth… is this my third? (laughs) Well, my next album is going to be inspired by this. And this album now is kind of a bridge over to that. It’s about reminding ourselves of the value we have within us, about the powers we have. Love, and also it’s all about the small, simple things. It has nothing to do with our phones, with success, even with God. It’s just you and me, right here, right now. We’re just floating on a rock in space, so it doesn’t matter if I have a pimple on my cheek today. Because – who cares? It’s about thinking really big and really small at the same time (laughs). 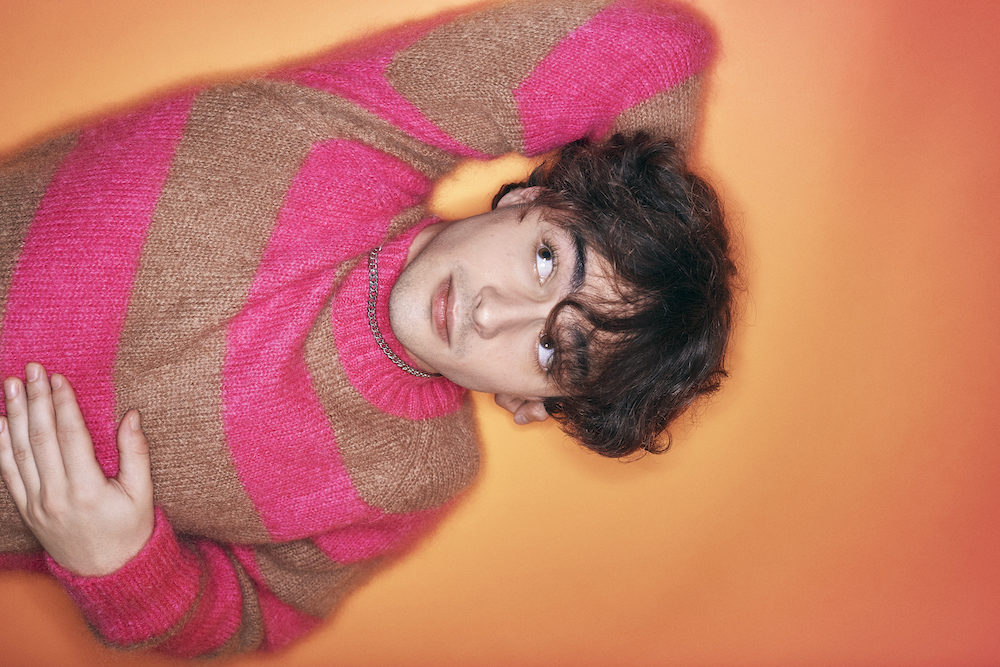 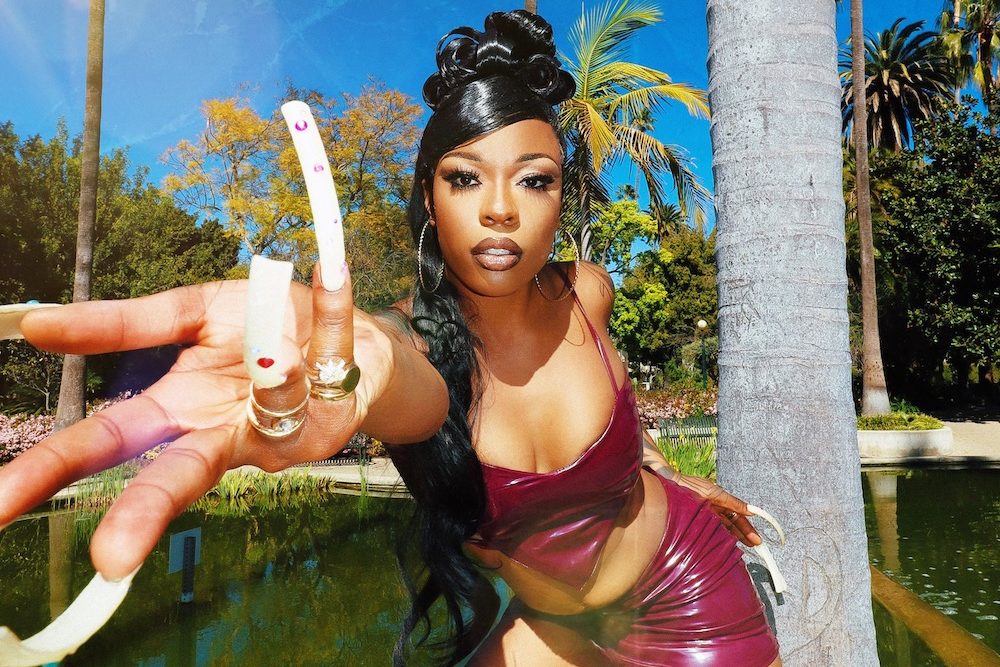 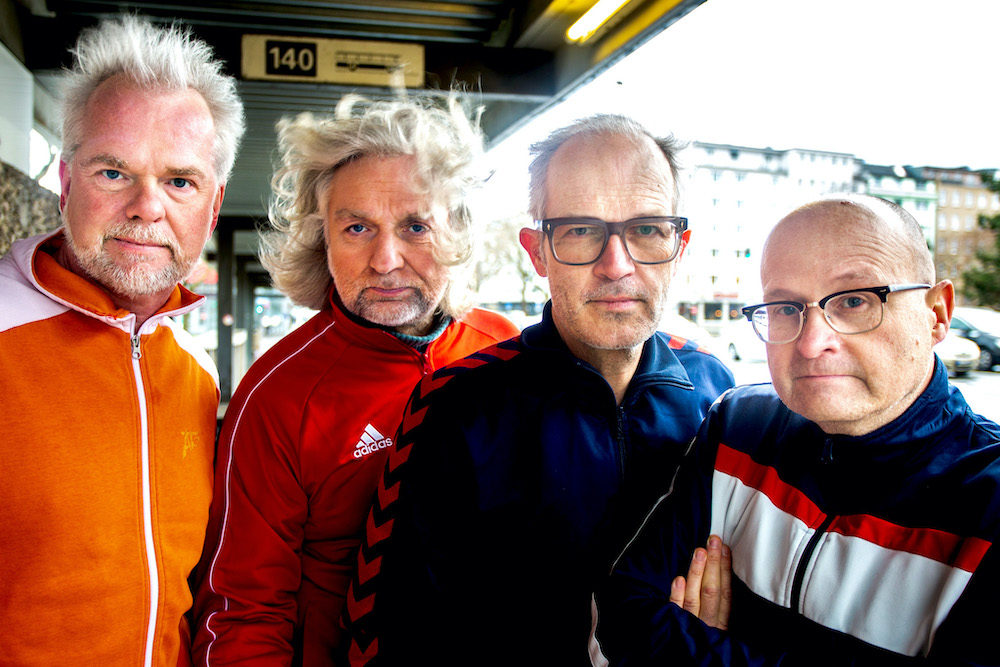